The Swedish novel coronavirus strategy has mostly been praised by the public but received stinging criticism from both local and international experts. The critics have been called alarmists, while the government and the Public Health Authority have been accused of playing a loud game, which may cause thousands of unnecessary deaths.

Sweden is without a doubt the country that has the most faith in its government, with full trust in its institutions and experts. There are never any real complaints about the high taxes or the expensive living standards. Swedes are these quick-witted champions that readily accept the introduction of a cashless society and certainly among the quickest to introduce new technologies and accept new standards and regulations. and all of this is quite evident in the novel corona pandemic crisis. 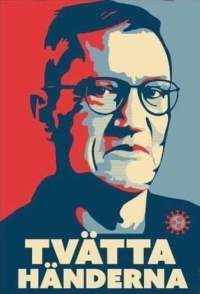 When it comes to the pandemic crisis, Sweden with all its stubbornness has gone against the whole world. Sweden opted for a rather unique and speculative approach to keep large parts of society open and is widely backed by the public. It has been devised by the state scientists and backed by the government, and yet not all the country’s virologists and experts are convinced. Truth be told, nobody has been able to map the Swedish strategy. The public health agency has failed to instruct its pandemic strategy to the public. Besides social distancing and hand washing, no other serious preventive measures have been introduced – perhaps they never had a strategy to begin with.

Driving On the Edge of Wild

In contrast with other countries where political leaders have fronted the national response to the crisis, the Swedish government decided to take a step back and leave Dr Tegnell and his team leading the majority of actions, news and conferences. When other Nordic countries opted for stricter measures such as temporary restrictions, much higher test rates, suspended in-person teaching at schools and universities, limited visits to care facilities and ordered over 70-year-olds to self-isolate in a bid to combat the pandemic. Sweden instead decided to take a rather unique path and leave larger parts of society open. Dr Tegnell and his team used simulations and algorithms which anticipated a more limited impact of the virus in relation to population size than those made by other scientists, including those behind a major report by Imperial College, London. Unfortunately for Dr Tegnell, the algorithm used has been reporting wrong data over and over again. To save the worried situation, Dr Tegnell seems to opt now for the herd immunity strategy – a dangerous misconception – as the only weapon left to save his and the government’s credibility.

Herd immunity describes the state where enough people are immune to a disease that it stops spreading in the population. All of this sounds rosy, but the problem with herd immunity is that it really hinges on vaccination. Without a vaccine, the only way to become immune to a disease is to get it and live through, which makes the strategy a whole lot more fatal according to many experts.

Now, we also have a good idea of the death rate from this disease – while the case-fatality rate is quite high, the true infection-fatality rate given a health system that is not overwhelmed is likely to be around 0.3-0.6%. Putting these figures into perspective, If Sweden pursue herd immunity, the best-case scenario has between 30,000 and 50,000 people in Sweden dying – without taking into consideration the long-term complications of Covid-19.

According to many experts, herd immunity, without a vaccine, is not an easy way forward. Even if Sweden do eventually reach that magical 60-70% threshold, it will have come at a staggering cost.

Nevertheless, Sweden is already in a serious situation – with a virus that ravages like never before – warnings and unrest from all the neighboring countries as well as from WHO and researchers. Sweden have much higher death rates in relation to population size than anywhere else in Scandinavia. And a poor healthcare system that has failed to deliver proper healthcare to many of its tax paying citizens.

Beside the many international warnings and critics, Locally in Sweden, Dr Hanson and 22 other scientists wrote a damning piece in Sweden’s leading suggesting “officials without talent” had been put in charge of decision-making of a rather serious situation.

“There are too many people dying,” says Claudia Hanson, an epidemiologist based at Karolinska Institutet, Sweden’s largest medical research facility.

Johan Giesecke, the former state epidemiologist and now adviser to both the World Health Organization and the Public Health Authority, was asked regarding the herd immunity strategy by a journalist of why he is giving such different messages to the public, as he stated earlier that at least 50 percent of both Sweden and the UK have been infected by the coronavirus. Four days later, 500,000 to 600,000 people in Stockholm could have had covid-19, which corresponds to 30 percent of the city’s population. Fast forward two weeks suddenly “a quarter of the population in Stockholm municipality is immune.” But in the same interview he said that most people in Stockholm already had it. How can he reach such different conclusions in his different statements?

Self-Censorship in contexts of wrong and misleading information

Figures don’t lie, and the Swedish figures related to the pandemic crisis are far from good. Protecting a population from becoming infected with aggressive containment is like protecting a forest in the path of wildfire – unless continuous fire fighting efforts are made, the forest will eventually burn.
Aggressive contact tracing, testing, quarantine and lockdowns minimize contagion and have substantially reduced early fatalities from covid-19 in our neighboring nordic countries. But did Sweden take the necessary measures to protect its forest in the path of wildfire? Or did Sweden keep its promise state in the official website to its taxpayer citizens. In order to shed a light into the matter, let’s investigate the efforts and decisions applied by the Government.

1. Limit the spread of infection in the country

2. Ensure that health and medical care resources are available

We’ve gone up to working 12.5 hours, splitting the day into two shifts instead of three. We do this to be able to do more. With the same staff that previously had 20 beds, we now have around three times as many. It’s working this far, but we don’t know if this is the eye of the storm or if it will get worse – Helmerson, Karolinska University Hospital.

3. Limit the impact on critical services

The government did ensure a continuous function of police force, energy supply, communications, transport and food supply systems but again failed to provide quality healthcare and support to the sick and to the vulnerable group.

4. Alleviate the impact on people and businesses

The Government has presented crisis packages to mitigate the financial impact of the pandemic on Swedish businesses, but the help to bear the financial costs of the outbreak was too late and meager to successfully deliver adequate support to citizens, businesses and institutions.

By continuously providing information and broadcasting important information live on the official website, succeeded to provide continuous updates and news but failed to present serious strategies to fight the pandemic. Also the answers provided to the public and journalists are always very abstract, defuse and strictly diplomatic. Questions are answers with questions and responsibilities are deviant.

In order for the Government to monitor the development of the COVID-19 pandemic closely more tests need to do far more tests. Generally speaking without tests and tangible data, no real action can be made to counter the spread of the pandemic.

The politics of memory

A psychological approach to promote alternative or diffuse truth based on citizen’s vulnerabilities to disinformation is a powerful weapon often used in politics to create a trusted image to the public. This type of misinformation based on false or inaccurate data should usually raise fear and suspicion among the general population, but when used wisely, the opposite is true. In Sweden for instance, the popularity of the government and of Anders Tegnell is rising at least according to the official media. Both Tegnell and his team are using a curious way of communication to somehow deliver that trusted image to the public, and it works! 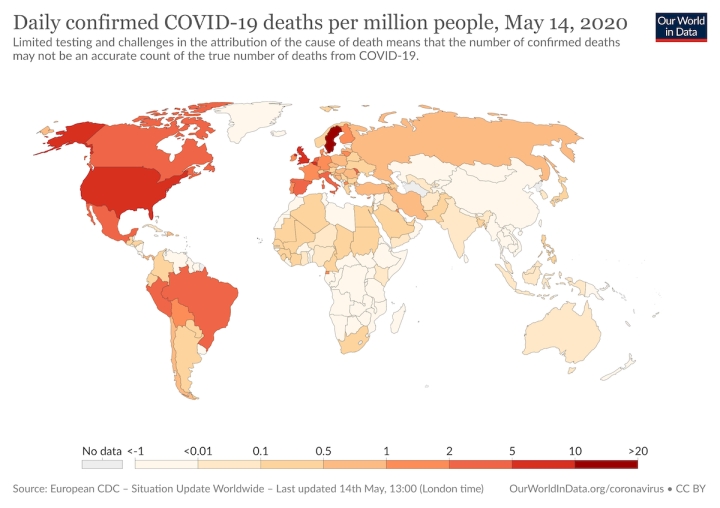 Even though the death rate per million is one of the highest in the world, Sweden does not seem to be alarmed by the situation – and in this specific case – in the vacuum of facts, nobody seems to find an explanation to this phenomena.

Despite all the critics coming from all over the globe, the disparity with the nordic neighbors, failure to protect elderly in care homes and a healthcare system where citizens are reported been denied medical support, many of Sweden’s tactics are lauded and many go all the way to even tattooing Tegnell’s face in the arm, furiously defending Tegnell and the Swedish’s strategy on forums and social media, or even buying a painting of Tegnell and put it up in the living room.

“I think he (Tegnell) is like the face outwards during this crisis and for me, I mean, I think he’s doing quite a good job because he has been standing straight in the frontline and he’s just been doing his job great,” said Gustav Lloyd Agerblad, 32, admiring the image of Tegnell’s face on his arm.

We’ve seen all types of glorifying gestures in favor of Tegnell by the swedes. This is without a doubt, strong evidence of confidence in power – and as interesting as this phenomenon may be, it is inconceivable naive and astonishing to me. maybe it’s due to my mediterranean roots, who knows…

Enjoying the beautiful beach of Estepona, Malaga with my wife @lea.thifa during the summer of 2016.
Lea having a video chat a lo fashion.
Watching a scary movie with Luna!
There is a light that never goes out.
... my girls 😍
After playing the whole day this is the face of my cuties.